“I just wanted to share my story with anyone who is contemplating having stem cell therapy. I am a stuntman who works nonstop on all the biggest movies in Hollywood. I tore my ACL and had 3 months until I needed to fly out to stunt double for the Winter Soldier in Captain America Civil War. I went to a doctor that told me I had almost a complete tear. It was only attached by a thread and I needed surgery that would have me out of work at least 6 months. I was sick to my stomach considering I have doubled for the Winter Soldier on the previous Captain Americas and it is the one job I completely love. I started trying to do stuff to test my knee and see if I could maybe work with a torn ACL, sadly it kept giving out and I realized I had to have surgery. When I was in the doctor’s office to schedule my surgery I saw a brochure for doctor Blecher and stem cell treatment for a torn ACL. I immediately made an appointment to see Dr. Blecher and he told me stem cell treatment would heal my torn ACL in 3 months! Exactly the time I needed to be ready for Captain America. So I decided to go ahead and try it since it was my only option to be ready in time for the show. I thought that it was a gamble that if it didn’t work I would have wasted 3 months trying this and then would have to have surgery and be out of work a total of at least 10 months but I was willing to risk it to be ready for this show.

After the procedure I did all my own rehab with a list of exercises Dr. Blecher gave me and my previous knowledge of rehabbing injuries because I knew personally how hard or light I could push it.  Cut to 3 months later and it was time to put it to the test! The very 1st day I arrived on set I was running sprints all day jumping onto and over cars (the tunnel sequence in civil war) I still wasn’t sure when I got on set how ready my knee was for this type of action but I had to push it to the limit!  The knee held up amazing! No pain, no weakness or sense of giving out and the stunt coordinator clocked me running 22 miles per hour (equivalent to a 4.5 40 yard dash! Not bad for a 40 year old) and I had my hops back jumping over the roofs of cars. And a week later I had to crash a motorcycle going 45 miles per hour so it was time to test my knee’s durability for contact. It was a nasty crash and my knee took a beating but it held up amazing. After that I knew I was back to 100 percent and the stem cell therapy worked awesome! I went full throttle the next 3 months of filming and up until now 2 years later.

I just recently got injured again on a fluke accident where I was hit by a car that wasn’t supposed to be in the shot that blind-sided me taking out my knees along with other injuries.  I got my MRI back for the knee I did my stem cell procedure on and I had a torn meniscus but what was amazing to me was the MRI report showed no sign of an injury to my ACL.  It had grown back 100 percent that you would never know it had been injured!!! I just wanted to write this to thank Dr. Blecher for his amazing work, and getting me back to 100 percent healed in 3 months!

And also to tell anyone contemplating if stem cell therapy will work for them. I have never stopped working or worried about my ACL and now after this last accident of being hit by the car I am bypassing neck and back surgery and 100 percent positive that stem cell therapy will heal me and I will never have surgery again if stem cell therapy is a option.  Thank you Dr. Blecher, words can never describe what you did for me and getting me back to work so fast and so strong and being able to stunt double for the Winter Soldier!” 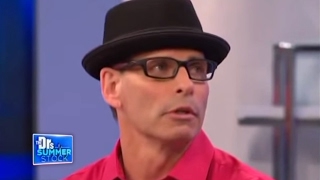 Dr. Andrew Blecher on Leading Physicians of the World 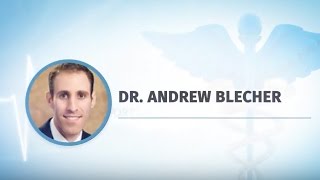 Dr. Blecher in the Media